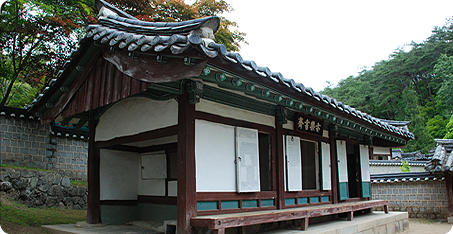 It was built in a similar period of Dosanseodang. It is located below the school, and it is an independent space, surrounded by fences. This dormitory was contributed by a father of Sir. Toegye's follower, Jungsasung, when his son entered the school.

It is unique that they launched fireplace on the west side of the room. It is a simple building with three rooms on the front side and one room on the sideline, with Sir. Toegye's own handwriting on the hanging board.