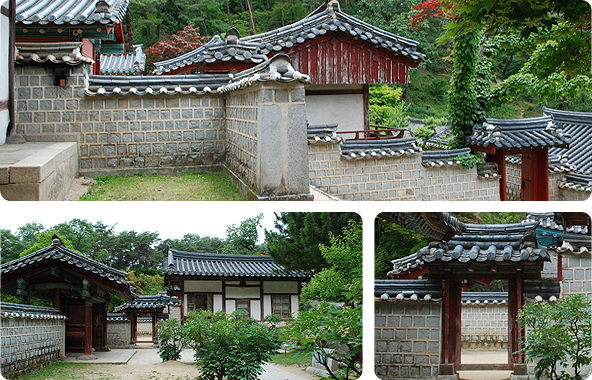 This building was for the maintenance of Dosanseodang, dormitory, library and other facilities, and servants resided in the building. The current building was moved in 1932. Originally it was shaped in 'ㄷ' with six rooms, but each of east and west wing was expanded to one more room. It was located in the same space with the village school, but later was separated from the village school along with the Nongwoonjungsa, due to the construction of library and the passage to the library.